Code First Migrations. They look a little like this in Visual Studio: 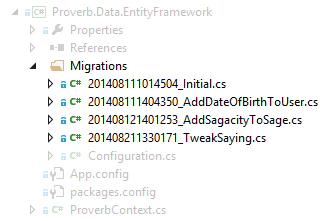 The thing I want you to notice about the image above is not the pithily named migrations. It isn't the natty opacity on everything but the migration files (which I can assure you took me to the very limits of my GIMP expertise). No, whilst exciting in themselves what I want you to think about is the order in which migrations are applied. Essentially how the __MigrationHistory table in SQL Server ends up being populated in this manner:

Because, myself, I didn't really think about this until it came time for me to try and change the ordering of some migrations manually. Do you know how migrations end up the order they do? I bet you don't. But either way, let's watch and see what happens to the pre-enlightenment me as I attempt to take a migration which appears before a migration I have created locally and move it to after that same migration.

That's right - it's blindingly obvious to me. All I need do is take the migration I want to move forwards in time and rename it in Visual Studio. So take our old migration ("2014 is so passé darling"):

Perfection right? Wrong! What you've done makes not the slightest jot of difference.

Whoa, this is heavy! Gimme the project file#

How could I be so dim? I mean it makes perfect sense - before the days of TypeScript's tsconfig.json the default ordering of *.ts files being passed to the TypeScript compiler was determined by the ordering of the *.ts files in the .csproj file. It must be the same for Code First Migrations.

So, simply spin up Notepad++ and let's play hack the XML until each file is referenced in the required order.

Well, I'm glad we sorted that out. A quick test to reassure myself of my astuteness. Drum roll.... Fail!! Things are just as they were. Shame on you John Reilly, shame on you.

Designer.cs... Your kids are gonna love it# 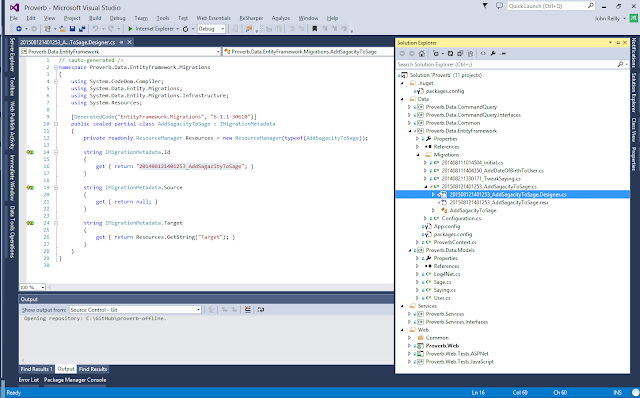 The IMigrationMetadata.Id property is returning <u>201408121401253</u>_AddSagacityToSage. That is the old date! Remember? The passé one. If you change that property to line up with the file name change you're done. It works. 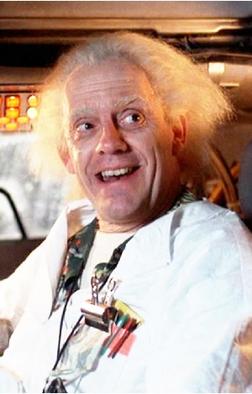