Azure Static Web Apps presently have an issue which blocks deployment of Azure Functions with the message "Failed to deploy the Azure Functions". This happens when the resource is tagged with an EnvironmentId tag and is discussed in this GitHub issue. There is a workaround which we will examine. 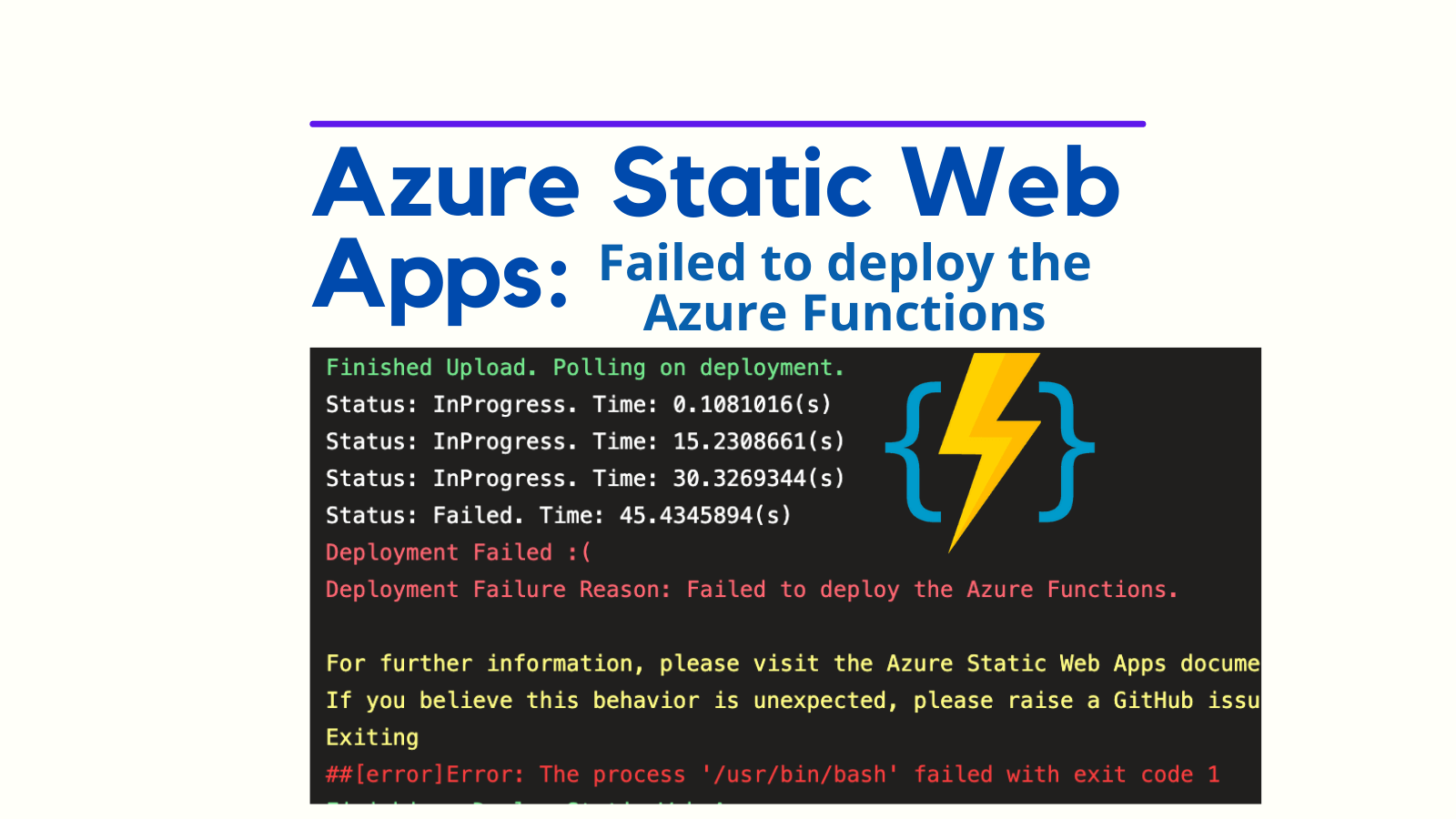 Failed to deploy the Azure Functions​

Above you can see the [email protected] dedicated Azure Pipelines task that is used to deploy Azure Static Web Apps. It fails with the message "Failed to deploy the Azure Functions". There is no actionable feedback in this output, which makes coming up with remedies difficult.

As I was looking into this with Emad Khalifah of Microsoft Support, Emad pointed me to this GitHub issue. Ironically, this had been raised by my colleage John McCormick back in February 2022.

The issue he experienced occurred when an EnvironmentId tag tag is present on the Azure Static Web Apps resource like so:

We do this in our organisation, and looking at the comments on the issue, it appears there are others out there doing the same. Given the name of the tag, this is not terribly surprising.

Unfortunately, this issue has not been resolved. Can we work around the issue? Yes.

In our organisation we enforce the tags we use in Azure strictly. So we found ourself in the bind of both needing tags for our own internal processes, but needing to work around the issue.

However, the excellent Ryan Cook came up with a workaround. It works like this:

It's hacky. It can require multiple runs to work (I ascribe this to eventual consistency issues in Azure; but that's not based on evidence). However, it can be a way forward. I acknowledge this is suboptimal.

Should anyone else bump on this issue, here is the (hacky) workaround:

Although I haven't tested it, the nature of the failure appears to be general; and so would likely affect deployments using GitHub Actions also. So if you're a GitHub Actions user, I suspect this approach could be tweaked and applied there also.

It would be tremendous to see this issue fixed within SWAs directly. It's not great that this issue has been marked as closed without (as far as we can tell) fixing the underlying problem.